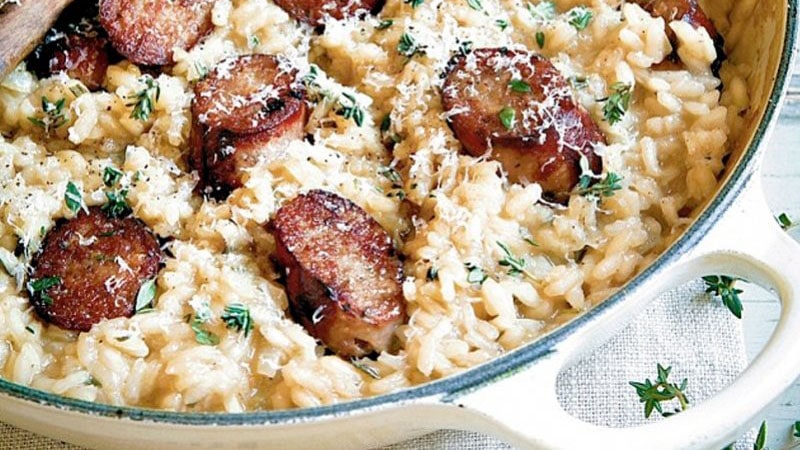 Rum risotto with sausage is an ancient recipe featuring two typical Piedmont ingredients: sausage and rice. The latter is widespread in many regional recipes as Piedmont boasts one of the most important rice fields in Italy. The sausage included in the original recipe is that of Bra, a Piedmontese version based on beef.

Barbera is one of the most widespread and appreciated indigenous grape varieties by the Piedmontese. We distinguish Barbera d’Asti, Barbera d’Alba and Barbera del Monferrato as these territories modify the character of the grape. So while still being Barbera, they are 3 different wines by virtue of their territorial diversity.