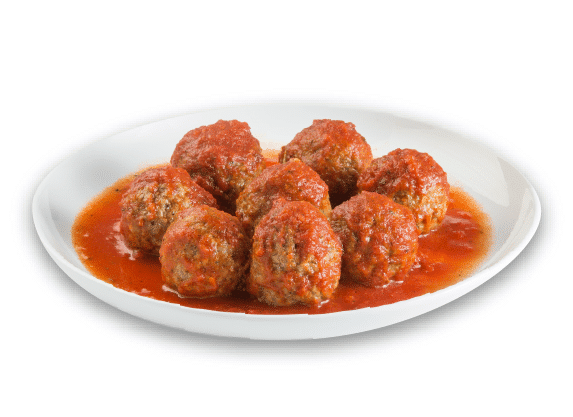 The most widely-supported theory says the Polpette recipe originated in Persia. The word ‘kofta’ (which indicates the typical Middle Eastern meatballs) derives from the Persian ‘koofteh’, which means ‘pounded meat’.

In any case, today meatballs are prepared in a variety of different ways across the world. Spicy or not so spicy, fried or baked, in sauce or stewed, made from meat or fish, vegetables or beans, as long as they are well made. The most popular polpette recipe in Italy is the most traditional one: fried meatballs bathed in a tasty tomato sauce.

Whatever their history, one thing is for certain: once you’ve tasted the first, there’s no going back!

Ingredients - For the Meatballs:

Ingredients - For the Sauce: